History of the Legal Entity Identifier System - British LEI
As of 3 January 2018, LEIs are mandatory for all companies who wish to continue trading in securities.
+44 20 3727 0255 (English) info@britishlei.co.uk
Continue your application for [company_name]
Continue

Apply for LEI
To get started, please type in the company name and select company from the list 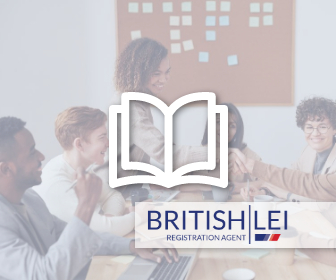 Prior to 2012, Legal Entity Identifiers (also known as LEI codes or numbers, or simply as LEIs) did not exist. Instead, each country used their own codes and systems to track financial transactions. The result of this is that it was nearly impossible to identify counterpart transactions within the global market. This meant that it was incredibly difficult for market participants and private advisers to calculate risk exposure for both individual corporations and across the market as a whole.

The 2008 financial crisis highlighted the need for a unified framework that would enable regulators and central banks to accurately track international financial transactions. In particular, the investigation into the collapse of the Lehman Brothers was stalled time and time again because the relevant bodies were not able to assess the exposure for various market participants, nor were they able to explore the connections between global market participants. These failings embodied the arguments various market participants had been espousing for years and highlighted the need for an international system which would allow relevant parties to quickly and accurately track transactions within the global market.

The private sector had tried and failed for approximately 20 years to garner enough support to implement a global framework for identifying and tracking international financial transactions. Following the 2008 financial crisis, some heavy hitters in the global financial policy environment, such as the Office of Financial Research (OFR), become involved. Ultimately, in 2011 the G20 leaders called upon the Financial Stability Board (FSB) to lay the groundwork for the creation of a framework which supported LEIs, as well as a relevant regulatory body to oversee the provision of LEIs. The FSB’s recommendations were subsequently endorsed by the G20 leaders in mid-2012 and the first LEIs were issued just a few months later, in December 2012.

Individual jurisdictions are able to determine for themselves whether they require an LEI to be held by corporations operating within that jurisdiction. A list which sets out the status of LEIs in a number of global jurisdictions is available here.

As of January 2018, it is compulsory for any party trading with a European counterparty to have a valid LEI.

Previous Article
Machine-Readable LEIs trust in corporate transactions
Next Article
When do you need a Legal Entity Identifier?