Continue your application for [company_name]

To get started, please type in the company name and select company from the list
Apply for LEI

The role of LEI adoption in economic growth 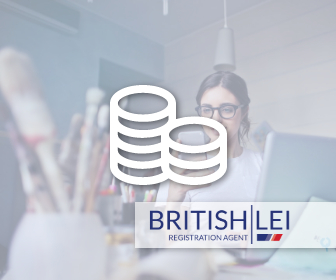 The role of LEI adoption in economic growth

Just over a decade on, aftershocks from the 2008 global financial crisis are still being felt. It is becoming easier to imagine that the global economy has returned to normal – the European Union has experienced economic growth for seven consecutive years; the US stock market set a record in August 2018 for the longest-running upswing in its history; and unemployment rates have dropped in many major global markets. Yet, consumer trust has not yet fully recovered.

LEI adoption plays a key role in the rehabilitation of the trust between consumers and the global financial industry.

What is an LEI?

An LEI is a 20-digit alphanumeric code that can be used to identify parties to financial transactions. They were designed in response to the 2008 crisis – where the need for increased transparency within the global financial market became devastatingly apparent in the aftermath of the collapse of the Lehman Brothers empire.

LEIs are unique numbers that can be allocated to any entity that applies for one. Once registered, an LEI connects key reference information including the company name and company ownership (including parent companies). The information provided by the entity during the registration process is checked against third party sources before being uploaded to the global database. This database is freely accessible online.

To date, regulators have focussed on the increased potential LEIs bring for transparent regulatory reporting and supervisory oversight of financial instrument transactions. The system was created in response to the crisis and endeavours to address shortcomings in the ability for relevant bodies to evaluate systemic and emerging risk. In turn, this empowers regulators to take corrective steps where dangerous trends are identified.

The comprehensive LEI database plays a role in increasing trust in the global financial market. It is the first mechanism to exist that facilitates the easy identification of the millions of legal entities around the world operating within the global marketplace.

Prior to the advent of LEIs, identification of legal entities on a global level was complex and costly – in monetary terms and the human hours that went into it. The information gathered about entity ownership was done via manual checks across various, often unreliable, sources.

LEIs make it simple to find reliable information about entities around the globe. Given the Global LEI Foundation’s (GLIEF) assertion that prosperous economies start with transactional trust, it’s unsurprising that LEIs are being heralded as the starting point for improved consumer and transaction trust.

Increased transparency within business transactions mitigates risk and reduces the likelihood of fraud, thereby promoting transactional trust. Certainty about the identity of the other parties to business transactions increases operational efficiency while providing the information necessary to reduce the aggregation of exposure and, from the regulator’s perspective, for monitoring and responding to systemic financial risk.

LEIs are the current global standard for the promotion of certainty of identity in these transactions.